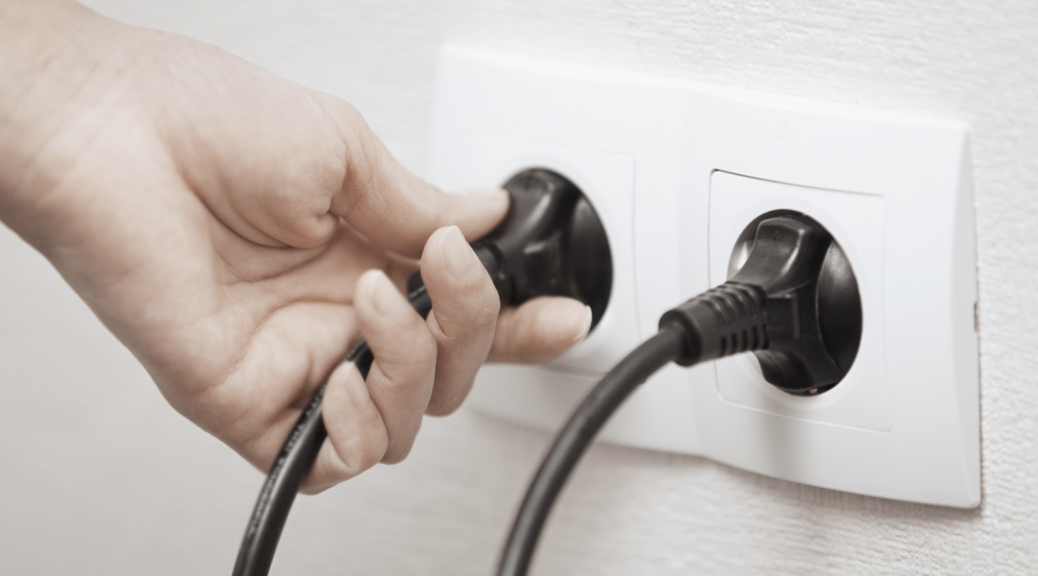 Maybe you’ve gotten through some of your fall cleaning or your home maintenance list. What’s next? Well, of course that’s slaying your energy vampires…After all, Halloween is right around the corner so it’s the perfect time to do so.

Energy Vampires in Your Home

So what exactly are these “energy vampires” (also known as we speak of? Simply said, “energy vampires” is just a way of talking about the appliances that are in your home that commonly draw power from your electrical outlets. In simple terms, you can also think of it as standby power.

In so many cases, most people don’t realize that even when those appliances are turned off, they still are using power. Over time, that “small amount” of power that’s being drawn from outlets can actually add up. Just how much, you might ask? Well, that depends, but it can be costing you hundreds of dollars per year (1).

Finding that math hard to believe? Here’s an example straight from the US Department of Energy. Take an appliance that is uses roughly 1 watt of electrical current. Over a year’s time, that adds up to 9kWh, and that’s at minimum.

Although it could vary slightly, that then is equivalent to about $1 in annual costs. So, just think of every appliance (and many gadgets!) in your entire house, and you can see how it could be hundreds of dollars per year (1).

All in all, you can see how being away of the energy vampire—while it may be low on your priority list—is actually something you want to give some attention to!

Even if they are energy efficient gadgets, they STILL can be sucking energy.

Take for example your TV, which so many of us can say we have (at least one of!). Can you believe it draws 10 to 20 percent of its total power usage…when it’s OFF? That’s almost hard to believe, but it’s true!

Besides your TV, take a look at some of the other common culprits:

So what can you do to take back control?

Unplugging each, individual gadget (especially things in the kitchen) may not be realistic for you…besides things that are in the garage, which you really may not be using very often. If there ARE gadgets that are rarely used an easy to unplug, consider unplugging them and giving your family members a head’s up as to why.

Another solution is to group these gadgets together and to plug them into a power strip. If that power strip has on/off capabilities, you’re then able to easily turn on power, right when you need it. Then, when none of those gadgets are being used, you can still be saving.

Get Smart About Saving Money

But what about all the gadgets in your living room, especially that TV we talked about before? Believe it or not, there’s even smart power plugs today, and these are a great option for things like your TV.

These power plugs allow you to detect how much electricity is being used by various devices. Because they really are smart plugs you can also have them turn off automatically at night, and then turn back on during day light hours. This is an easy, pain-free way to save but also never miss your favorite TV shows (2).

Even if you don’t have a smart plug  you can still use a power strip and turn it off when devices are not in use.

If you aren’t already, consider buying ENERGY STAR-rated appliances since they can save you money in the long-run. And, once you’ve slayed those energy vampires, it’s time to look at other ways to save around your home.

Namely, if you want to know another way to save a few dollars on your energy bills, look to your HVAC. One of the easiest (and best!) ways is to be sure you are replacing your dirty air filters with clean ones, which can reduce your energy consumption as much as 15 percent (3). Now that’s some savings that isn’t scary at all!